Elspeth just came up to me and said she wanted to write a story. But since she can’t write very well, she wanted to tell it to me so that I could write it down for her. This is what she came up with!

The look of surprise on Hilary’s face rivaled any I’ve yet seen. It’s normal for my clients to raise an eyebrow or make a joke upon entering my office, but this woman looked like she’d been shot. Maybe she had, I couldn’t know for sure, but certainly not as she walked through the door.

‘Um, hello,’ she said after a moment. She put a hand to her hair, which was somewhat disarranged. It was windy out today. I gave her my most reassuring smile, but it only seemed to confuse her further.

‘Do sit down,’ I indicated the dark blue armchair on the other side of my desk, and regretted for a moment choosing the more professional but less comfortable chair I sat in. Sometimes, when I wasn’t expecting anybody, I switched the chairs around and worked in luxury.

She took two steps to stand beside the chair, but didn’t sit. ‘I didn’t expect -’ she began, then broke off.

I’m the first to admit that my career choice was inspired by the likes of Sherlock Holmes and Hercule Poirot, but this is twenty-first century Australia. My offices are modern and airy; I don’t work from a dingy flat above a shop. My newest client, I realised, thought she was in a paperback.

‘That’s quite all right,’ I told her. ‘Just sit down and tell me all about it.’

‘About whatever it is you’ve come to talk about.’

‘Right.’ She visibly collected herself, took a deep breath, and sat. ‘I’m not sure.’ I nodded. People who were sure went to the police. ‘Maybe I’m imagining things,’ she began babbling. ‘Maybe it’s nothing, and maybe she really is in Uganda only she didn’t tell me anything about it, but she does go to some strange places sometimes. Maybe she’s just on holiday and this is all my imagination.’

This didn’t sound like the usual accusations of adultery or petty theft. This might be interesting. I took up a pen. ‘Why don’t we start with your name?’

I think it started with the taxi driver. Oh, of course there had been things before that; it built up slowly, but the taxi driver was the final straw. The one that broke me.

If you don’t know what I’m talking about, you’re lucky. You might not want to keep reading. It’s a nasty story.
Here goes.

A taxi driver in my beloved home city of Melbourne was violently attacked by his three young male passengers, apparently for doing nothing more than refusing to drive through a red light. They broke his nose. They damaged the taxi. And they took money from him.
How many times have you seen similar stories? How many times has somebody needlessly attacked another? How many times has violence scarred an innocent life? Every day, am I right? Every stinking pathetic day on this pitiful planet, somewhere, someone is hurt or killed. Innocents, criminals, soldiers, civilians: it’s all the same. Victims and perpetrators differ; the result is the same.
And so here I am now, crouched upon the scaffolding in the middle of the tenebrous night, watching this unshaven scum bag finish his business, waiting for my moment to strike. The PVC chaffs; I need a new suit. Leather, perhaps. I shift uncomfortably, sweating in this stifling summer night air. The street light dimly illuminating my target flickers slightly, and I wonder briefly if it will go out entirely. It doesn’t matter. I am never seen, in light or dark. Except by my victims: the last thing they see.
At last the customer takes his purchase and move on. The dealer is left alone on the street. He glances around warily – has he heard me, seen me? No, the wariness is part of the job for him. Always cautious, always a little afraid. Of the law, which it seems cannot touch him in any meaningful way. But I can.
From my position almost immediately above him, I drop down suddenly, landing with the slightest of sounds on my feet behind him. He turns, and I grasp his throat. He stares at me in surprise, but with no real fear yet. Until he sees my small pistol, pointed directly at his face.
‘Did you sell to Sandy Jennings?’ I ask in my best ominous whisper.
‘Who’s askin’?’ he says, but his voice trembles and his attempt at bravado is weak.
‘Did you?’ I ask again.
‘Yeah,’ he says. ‘But I won’t do it again.’ Now he has started to realise what this is about. ‘I won’t, I swear.’
‘Of course you won’t,’ I reply slowly. ‘Because she’s dead. Your gear was bad. She OD’d. And you’re not far behind.’
‘I just sell the stuff,’ he says desperately. His breath stinks. Why do all these people smell so bad?
‘Not any more, sunshine’ I say quietly, and pull the trigger. I might have seen too many British cop shows. As he slumps down, dead, in front of me, I repeat the final thing he heard: ‘Not any more.’

It was a nice job: unnoticed, effective, quick. I’ve been watching him since last week when he had gotten off a charge of possession on a minor technicality. But I’ve seen him before. I know he’s no good, and I know the police know it. They won’t make more effort than they have to to find his murderer. Me. They won’t find me.

Back home, morning. I resume my normal life. Yes, of course I have a normal life. Nobody pays me for cleaning up the streets at night. A girl’s gotta make a living.
I’m pretty tired, that goes without saying. But the guys at work just figure I was out partying – I’ve invented all sorts of wild stories in the past to explain night time absences and day time tiredness.
I work as an office administrator. Nothing flashy. I don’t have any other skills or qualifications. I have no criminal record, not even a parking fine. I am unexceptional in every respect. Unnoticed. I like that. It means I am unsuspected.

I started wondering how a world would look if a government decided that people were too stupid to make their own choices. This is the start of the story I came up with.

Some of the older folk say they can remember another time. They speak with reverence about fast food, supermarkets, and Facebook. One of the oldest says she remembers something called pop music. I think she’s making it up, but sometimes she sings snippets of things she says were hits.
Even now, as they eat their identical meals, they parody how they think mealtimes used to be: ‘That looks great, can I have some of yours?’ one man laughs. But the target of his joke is just a little too young, and too new here; he only glares at the prankster and pulls his plate closer.
Technically we’re only supposed to find humour in state sanctioned jokes, but many of the rules are relaxed in this place. It is officially presumed that illegal laughter is simply a result of senility and dementia, and the perpetrators can’t be blamed. There is no such leniency for the staff. 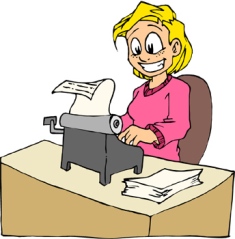 I’ve always dabbled in writing fiction, but recently I’ve started to identify myself as “a writer” alongside being “a mother”, “a student”, and all the other labels that apply! I’ve found the change in mindset to be extremely helpful in terms of both inspiration and productivity. I’m a writer, therefore I can and do write!

I’ve started work on a collection of short stories I’m calling Aftermath. It will be the what-happens-next of fairytales, only none of them will be happily-ever-after. They all focus on the darker themes or more depressing (realistic!) possibilities of life after the fairytale. I’ve got post-traumatic stress, suicide, abusive marriages, and more. I’m loving the “research”: reading fairytales!

In response to popular demand – that is, a couple of people wanted to know what came next… I wrote some more of this story. There’s more to come, too…

Elimere hesitated a moment, then sighed and followed him. She didn’t try to catch up to him; she walked slowly, keeping his shaggy black head just within sight. Although he never looked back, he seemed somehow to know when she was on the verge of losing him; he would slow down or pause as though window shopping, until she drew closer.

In a bizarre game of cat and mouse, she trailed the boy past shops and houses, along main streets and alleyways, through twists and turns. Despite knowing the area well, Elimere was soon quite lost. She knew time was getting on, although she wouldn’t be missed at home just yet; her dad would still be at work. She was just beginning to contemplate turning back when the boy abruptly stopped. She stopped too, still fifty metres away from him. They were in a narrow, grubby street, and he stood in front of a nondescript door no different from a dozen others Elimere could see.

‘What now?’ she called to him.

He beckoned again, and vanished through the door.

‘I’m not going in there,’ Elimere yelled. ‘You could be anybody. This could be some sort of trap.’ Curiosity was all very well, but this was bordering on madness.

There was no response.

She waited a moment more, then turned on her heel  and strode back the way they had come. She fancied she felt waves of disappointment emanating from the street behind her. How ridiculous, she scolded herself, quickening her pace.

She looked for familiar landmarks as she walked, wishing she’d paid more attention on the way to wherever she was instead of remaining intent on the boy. But it soon became apparent that she’d missed a turning somewhere. She was in a quiet residential street, but it was not a reassuring area: paint flaked from the houses and lawns were left unmown. There was an air of neglect and disregard that reminded Elimere starkly that she was from the proverbial, and literal, other side of the tracks.

Somewhere nearby, a dog began a spine-chilling howl that made Elimere jump. It set off a chorus of barks, whines, and growls all around. Elimere broke into a run, uncaring now in which direction, so long as she ran away from this dingy street and the menacing dogs.

‘Help!’ she cried as she ran. ‘Somebody, help me, I’m lost!’ The only reply was the echo of her own voice. Once she thought she saw somebody silhouetted in a doorway, but if there was somebody they ignored her plight and vanished inside.

All of a sudden she cannoned violently into a person. She hadn’t seen anybody in front of her, had heard nobody nearby. ‘I’m so sorry!’ she gasped, breathless, from where she’d fallen. ‘I didn’t see you.’ She glanced up then, and gaped. It was the boy, staring down at her coolly. ‘How did you…?’

‘This is your fault,’ she accused him angrily as she caught her breath.

‘If you’d come inside…’ he replied, finishing his sentence with a tilt of his head and a shrug, which Elimere took to mean, you got yourself lost.